September 24, 2018 – The Chicago Bulls have signed free agents Kaiser Gates and JaKarr Sampson to round out their 2018-19 training camp roster. Per team policy, terms of the contracts were not disclosed.

Gates (6-8, 227) played in three games on the Bulls’ 2018 MGM Resorts NBA Summer League team, averaging 6.7 points per game. Prior to his Summer League experience, Gates played three seasons at Xavier (2015-18), appearing in in 97 games (22 starts). He finished his career with an average of 5.5 points and 3.8 rebounds per game. Gates’ statistical averages improved in each season at Xavier, averaging 7.2 points, 4.6 rebounds per game and scoring in double figures in 11 games in his final season. As a junior in 2017-18, his .378 shooting percentage from behind the arc ranked second on the Big East-champion Musketeers.

END_OF_DOCUMENT_TOKEN_TO_BE_REPLACED 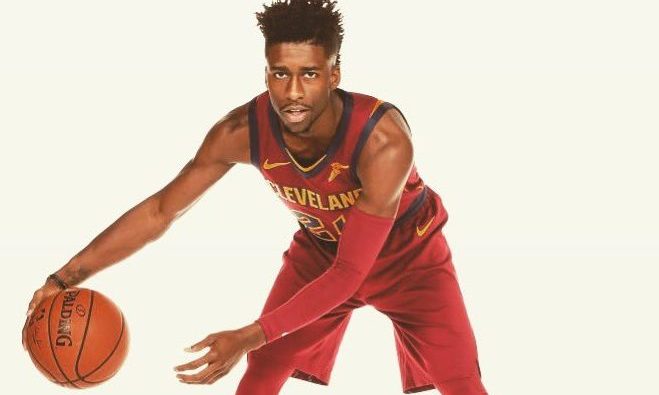 Former Arizona Wildcats guard Kobi Simmons is signing a one-year deal with the Cleveland Cavaliers, according to Shams Charania of The Athletic.

The dollar amount has not been reported, but it is likely a minimum contract.

Simmons spent the 2017-18 season on a two-way contact with the Memphis Grizzlies after going undrafted, and was waived by the team in August, despite a decent showing in Summer League.

The Cavaliers have reached four straight NBA Finals, but are in rebuilding mode after losing LeBron James to the Lakers, so Simmons has a legitimate chance to earn a spot in their rotation. But there is no guarantee he even makes the opening night roster, so he will need to have a strong showing in training camp and the preseason.
END_OF_DOCUMENT_TOKEN_TO_BE_REPLACED 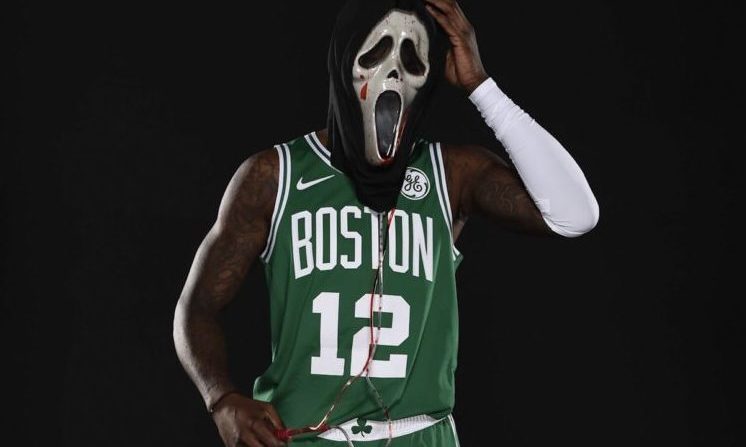 GROTON — Celtics point guard Terry Rozier has been reconnecting with his teammates in recent days, and he has been glad to see that forward Gordon Hayward and point guard Kyrie Irving have recovered so well from their season-ending injuries.

Irving’s return is important for the Celtics, and it will also have a direct effect on Rozier, who stepped in admirably for the All-Star last March and then had a stirring playoff run in which he averaged 16.5 points, 5.7 assists and 5.3 rebounds per game, helping the Celtics to the cusp of the NBA Finals.

With Irving back, Rozier will resume his secondary role as his backup, despite proving that he is capable of quite a bit more. But that does not bother the fourth-year guard.
END_OF_DOCUMENT_TOKEN_TO_BE_REPLACED 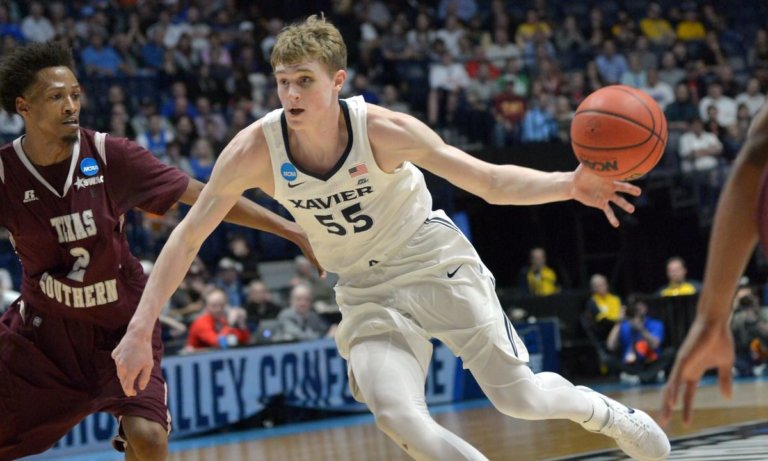 Macura, an undrafted free agent from Xavier University, recorded averages of 12.9 points, 4.5 rebounds, 2.9 assists and 1.4 steals in 34 games as a senior in 2017-18. The Lakeville, Minnesota, native ranked second on the squad in scoring and assists and third in rebounds per game as a senior. He ranked sixth in the Big East in steals, 11th in free-throw percentage (.821) and 14th in assists. Macura finished his college career ranked ninth on Xavier’s all-time leaderboard in free-throw percentage (.798), tenth in steals (166) and 19th in scoring (1,491).
END_OF_DOCUMENT_TOKEN_TO_BE_REPLACED 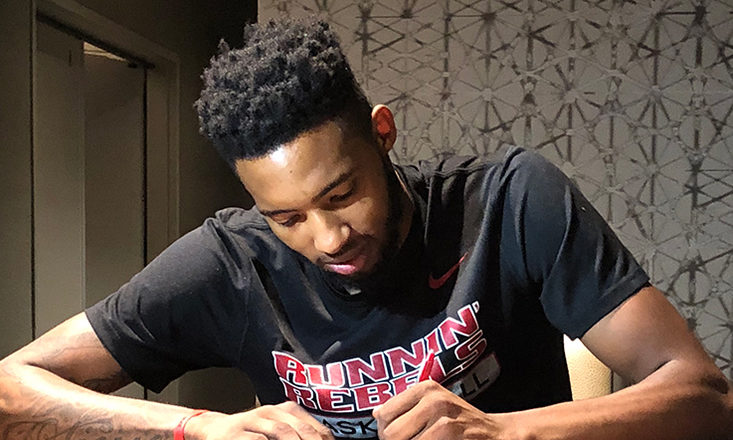 MIAMI, July 1 – The Miami HEAT announced today that they have signed forward/guard Derrick Jones Jr. As per club policy, terms of the deal were not disclosed.

Jones Jr., who was originally signed to a two-way contract by the HEAT on December 31, 2017, appeared in 14 games (eight starts) with Miami last season and averaged 3.7 points and 2.4 rebounds in 15.2 minutes of action. He spent 13 games with the HEAT’s G League affiliate, the Sioux Falls Skyforce, averaging 19.9 points, 7.8 rebounds, 1.9 assists, 1.69 blocks, 1.46 steals and 29.1 minutes while shooting 51.2 percent from the field. Prior to signing a two-way contract with Miami, Jones Jr. spent time with the Phoenix Suns and their G League affiliate, the Northern Arizona Suns, earlier in the season where he totaled nine points, four rebounds, four blocks, three assists, a steal in 33 minutes of action during six games with Phoenix and averaged 15.4 points, 7.3 rebounds, 1.81 blocks, 1.8 assists, 1.13 steals and 28.9 minutes in 16 games with Northern Arizona.
END_OF_DOCUMENT_TOKEN_TO_BE_REPLACED 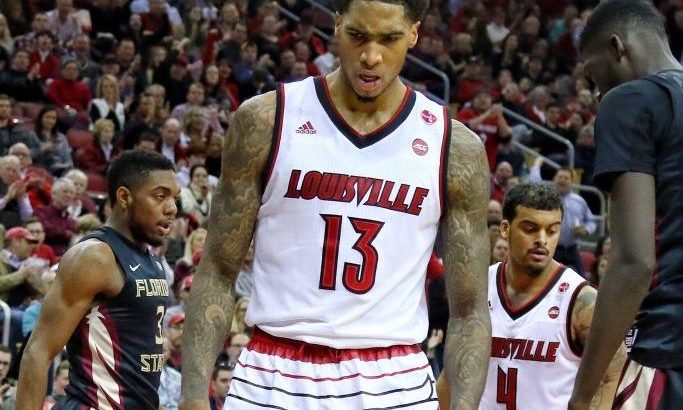 Just a day after being drafted by the Dallas Mavericks, I connected with Ray Spalding’s camp and was set to chat with him over the phone on Friday morning. After missing his initial call, I noticed I had a voicemail upon arriving to the American Airlines Center.

And it was the voicemail that immediately impressed me.

It was one of the most polite, respectful voicemails I have ever received. And after speaking with him on the phone for a short period of time, it was clear that the well-mannered Spalding kid out of Louisville was excited for his shot in Dallas.
END_OF_DOCUMENT_TOKEN_TO_BE_REPLACED 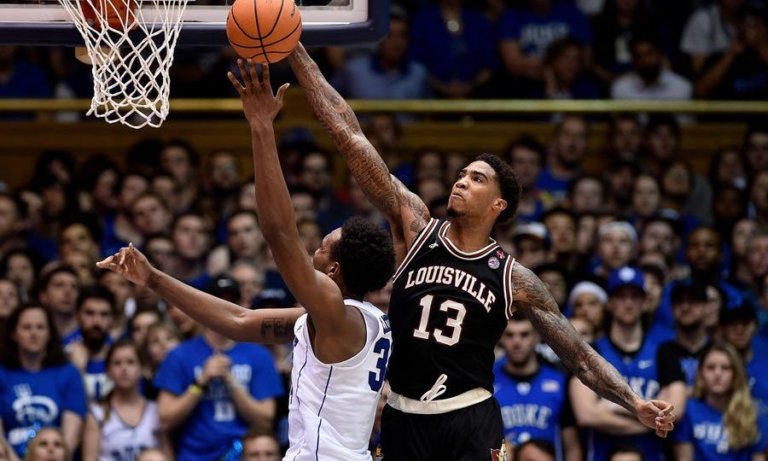 2) Initially, the Mavericks had the 54th pick in the NBA draft. Then, they sent the 53rd pick to the Philadelphia 76ers in exchange for the 56th and 60th picks, the former of which was used on Spalding.

3) In his first two seasons at Louisville, Spalding averaged a little under six points and about five rebounds in under 20 minutes per game. His junior season is where he really blossomed. In 27.7 minutes per game, Spalding averaged 12.3 points and 8.7 rebounds per game on 54 percent shooting from the floor. He also started trying to develop his shot, attempting 19 3-pointers in his final season. In his first two seasons, he only attempted six combined. However, a lot of his buckets came from above the rim.
END_OF_DOCUMENT_TOKEN_TO_BE_REPLACED 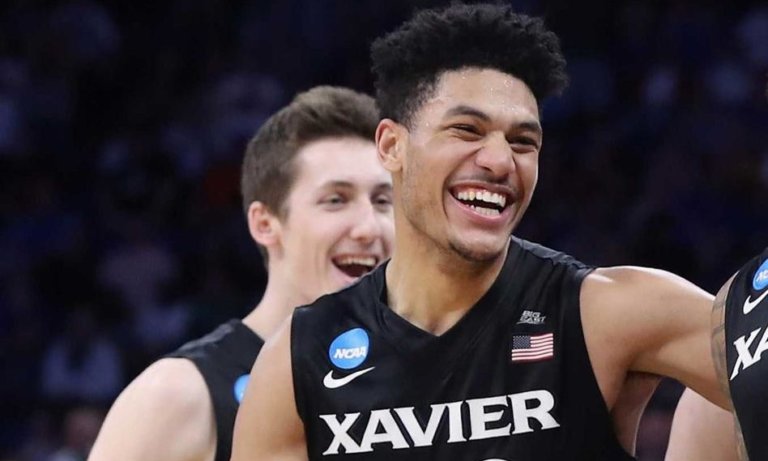 Another basketball player from St. Francis High School in Alpharetta will get a shot in the NBA.

Kaiser Gates, a native of north Fulton County and 2015 graduate of the school, went unselected in the 2018 NBA Draft on Thursday night, but was signed by the Chicago Bulls on Friday and will join the team in the NBA’s Summer League.

Gates, 21, played his college ball at Xavier, but left a year early to pursue a career in pro basketball. The Musketeers made the NCAA Tournament each year that Gates was on the team. This past season, the 6-foot-8, 225 lbs. forward helped Xavier earn its first No. 1 seed in the tournament in school history.

Leading up to the draft, Gates worked out for the Bulls and the Cleveland Cavaliers.

“I feel like I have a lot to prove,” Gates told BasketballInsiders.com. “I feel like a lot of the guys in the draft this year, I’m just as good if not better than (them), so I got to show that.”

In his junior season at Xavier, Gates averaged 7.2 points and 4.6 rebounds per-game while also shooting 37 percent from behind the arc.

At St. Francis — where he shared the court with current NBA players Kobi Simmons and Malik Beasley — he won two state titles and finished as the school’s all-time leading rebounder. In the 2017 NCAA Tournament, Gates and Simmons faced off in the Sweet 16. Simmons went undrafted last year, but signed with the Memphis Grizzlies. Beasley was a first-round selection by the Denver Nuggets in 2016.

Steve Kyler of BasketballInsiders.com tweeted that Gates is a “probable two-way candidate.” Players signed to two-way contracts are assigned to that team’s G-League affiliate, but can play in a limited number of NBA games if called up. Simmons played on one last season for the Grizzlies. The Bulls’ G-League affiliate plays in a Chicago suburb, under the name “Windy City Bulls.”

For now, Gates will have to prove himself at the NBA’s Summer League in Las Vegas. He’ll suit up for the Bulls on July 7 when they take on the Cavaliers, a game that airs at 7:30 p.m. on ESPN 2. 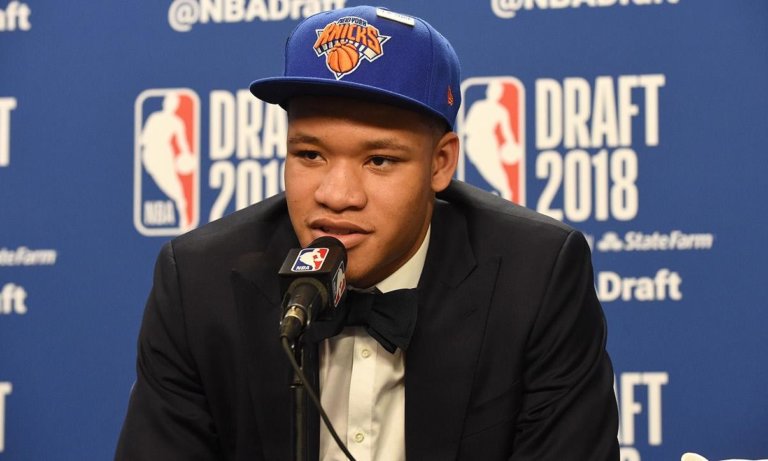 KNOX HAS ALWAYS BEEN HARD TO THE CORE

“One thing that the Knicks fans can understand about the Knox family is that nobody works harder than the Knox’s,’’ Kevin Knox Sr. said. “And we’re a blue-collar family. We’ve always had a chip on our shoulder. I think that’s why Kevin’s always had success wherever he went.’’

The Knicks used the No. 9 pick in Thursday night’s NBA Draft on Knox, a versatile 6-foot-9 forward from Kentucky, who averaged 15.6 points. A lot has been made about his sweet stroke and ability to stretch defenses.

But that’s not what might separate Knox from the group of very talented forwards that was in this draft. 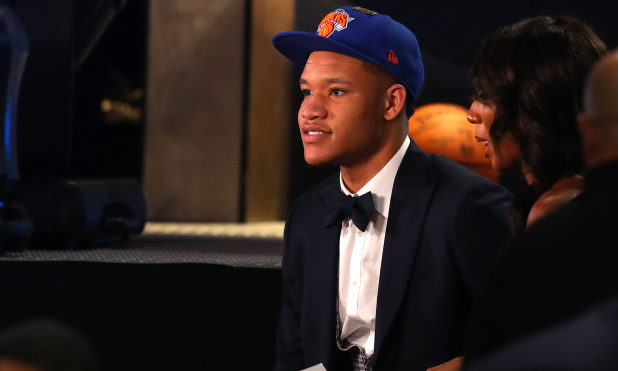 With injury-plagued Michael Porter Jr. dropping like a rock to No. 9 and fans at Barclays Center chanting his name, the Knicks wouldn’t take a chance on the Missouri forward.

But the Knicks still wound up taking something of a chance on draft night with Kentucky freshman Kevin Knox, the second-youngest player in the draft at age 18 and the youngest Knicks draft pick since the forgettable Maciej Lampe in 2003.

The 6-foot-9 Knox, like a late-closing thoroughbred from the state where he played college ball, beat out the more established Mikal Bridges of Villanova despite his up-and-down freshman year. Knox averaged 15.6 points and shot 44.5 percent — 34.1 percent from 3-point range — and struggled on defense.
END_OF_DOCUMENT_TOKEN_TO_BE_REPLACED