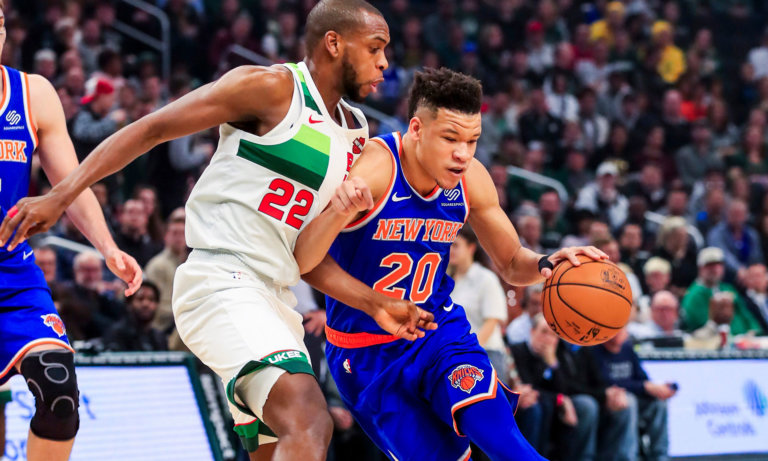 In replacing injured Lonzo Ball, Knox will join newly acquired Dennis Smith Jr., who is in the Slam Dunk Contest during All-Star weekend. Knox originally was snubbed as just three rookies were selected for the U.S. team for the Rising Stars Challenge on Feb. 15. The game features the NBA’s best rookies and sophomores.

“I grew up watching the All-Star game with dreams of being a part of it and being in the rookie-sophomore game,” the 19-year-old Knox said last week when it appeared he would be named to the event. “It’s a great achievement – something I can check off my board. After this, the next goal of course is to get to the All-Star game, but it’s a great start, playing in a nationally televised game with great rookies and sophomores.”

Knicks coach David Fizdale will be ecstatic and has another chance of arranging for LeBron James to speak with the Knicks’ building block.

“It’s an opportunity I can sic some of my old veterans from other teams on him and have them whisper in his ear,” Fizdale said last week. “You never know what nuggets stick with these guys. It will be a great opportunity for him to be interactive with those guys. “I’m hoping [LeBron] can put his arm around him there and you just don’t know what sticks.

“They have such good advice for the young guys. Hopefully, he comes out of there with a renewed sense of himself and confidence boost for him being around that weekend and come back and finish the season strong.”
Knox, who was a lottery pick, talked recently of working out with Paul George in the offseason and now he can set it up.

“It will be great to hang out with Paul, Giannis [Antetokounmpo], Stephen Curry, all the great ones, being around hanging out with them,” Knox said last week. “It’s a real opportunity to take something from them and put it in my game.”

With Knox showing signs of hitting the rookie wall, he admits he can use the break and may opt against attending the All-Star Saturday extravaganza and spending time with family.

Knox is averaging 12.5 points but shooting just 37 percent from the field. He’s had zero assists the past two games and just eight in his last 10 games. Fizdale said in Charlotte, he’s not worried about Knox’s offense only his defensive shortcomings.

“He can score in his sleep,” Fizdale said.