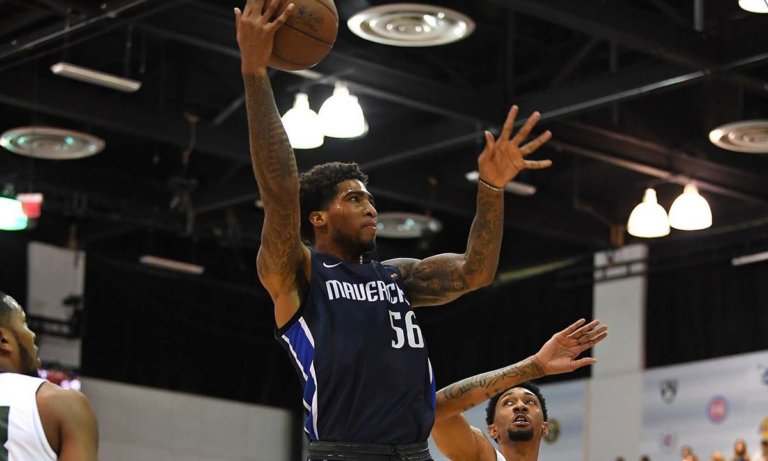 The Dallas Mavericks drafted Ray Spalding late in the second round. At pick 56, most figured he was ticketed for G-League this season. He would play it out on a two-way contract in hopes of impressing the organization for a long-term deal in the future.

The 21-year-old Spalding showed something special, though. He earned a four-year deal with the Mavs. Only this season is guaranteed according to Spotrac. That means Ray Spalding has to continue to prove himself every single day.

Mavericks Head Coach Rick Carlisle likes a lot of things about Spalding’s game. Coach Carlisle was asked about what earned him that four-year deal after the team’s first practice on Sept. 22, and he heaped a ton of praise on Ray Spalding.

Spalding is likely not a consistent part of the rotation to start the season. He will play most of his minutes with the Texas Legends. Spalding can see time at power forward or center as an energy big man who will rim run but lacks consistent outside shooting ability.

The competition for minutes at those positions is fierce. Spalding would have to beat out players like Salah Mejri, Dwight Powell, and Maxi Kleber to see consistent minutes. With Dirk Nowitzki playing nearly exclusively at the five behind DeAndre Jordan, the center minutes are likely gone. Jordan figures to play over 30, and Dirk should see the remaining 18.

Spalding could use some time with the Legends to develop anyways. He can practice against players like Jordan and Mejri to learn how to rebound in the NBA. Spalding will be a fun energy big man off the bench who comes in looking to grab boards and dunk the ball in future seasons.

Dallas Mavericks rookie Ray Spalding earned some love from Coach Carlisle. That is not always easy to do in your first year, so props to Spalding. He is in line for a developmental season, but Mavs fans should be excited about his future prospects. Keep an eye on his progress as a rookie because Spalding could be a member of the rotation soon enough.